Charlie Health analyzed survey data from the 2020 National Survey on Drug Use and Health and The Trevor Project to see which teens were receiving mental health services across the U.S. 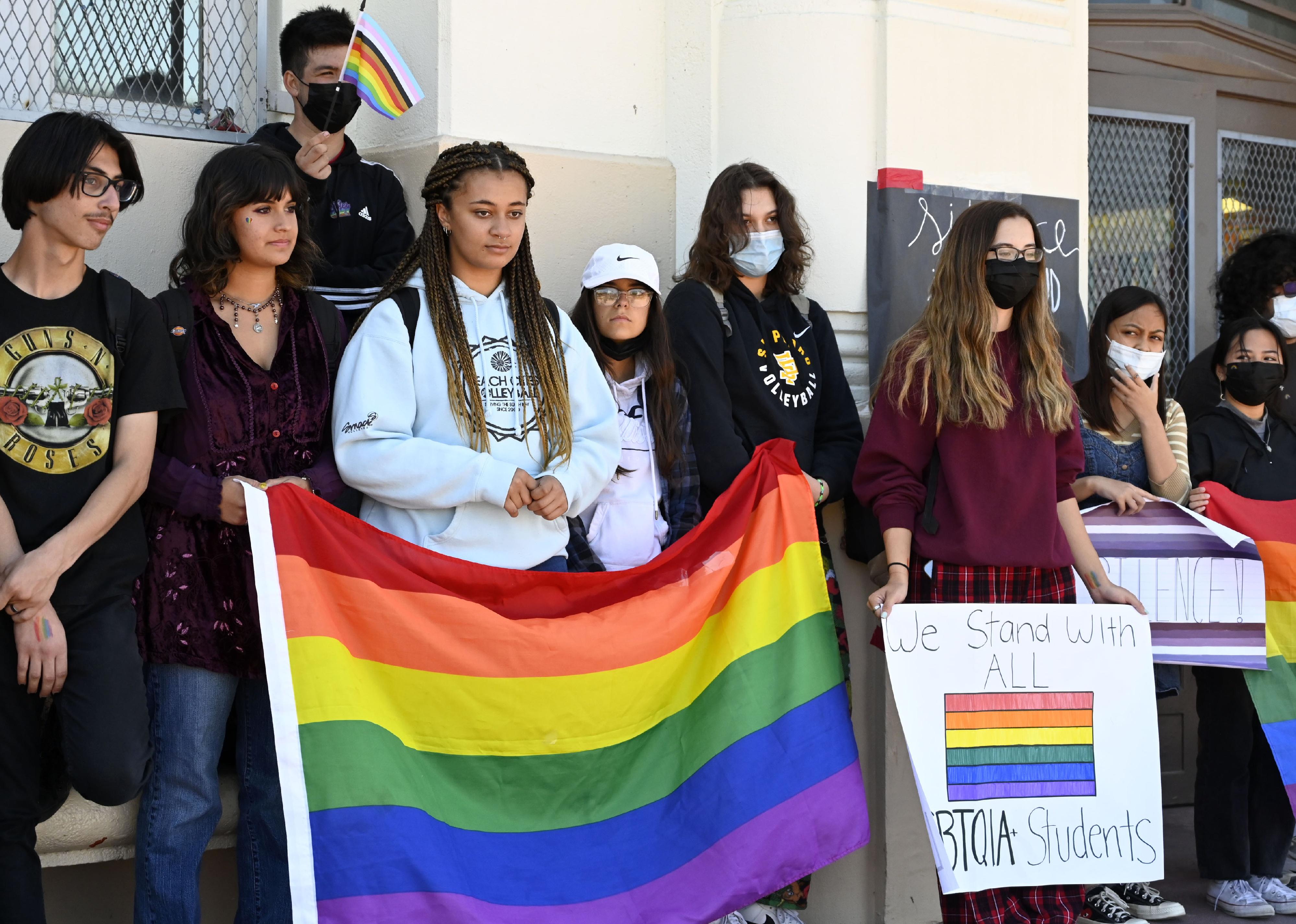 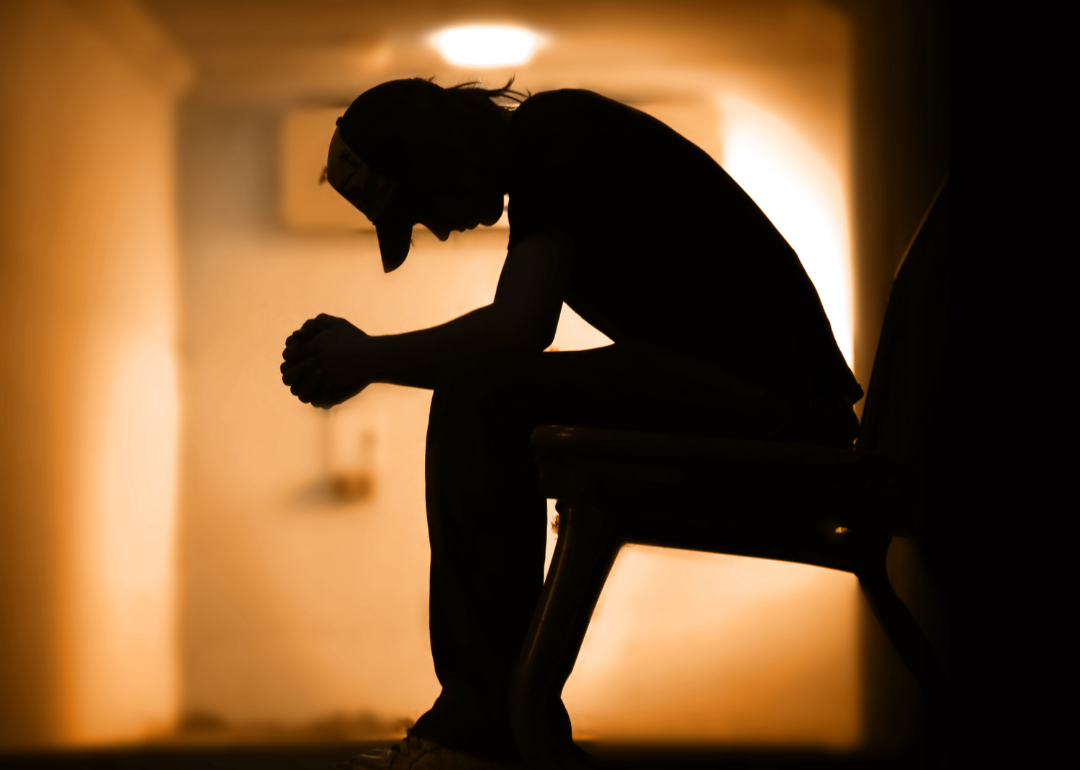 As with most health care systems in the U.S., accessing quality mental health treatment is far from an equal-opportunity process. Factors such as access to wealth, insurance status, geographic location, race, and gender all affect who can receive mental health services and who can't. Unsurprisingly, many of these same barriers to healthcare access are stressors that have well-documented negative effects on people's psychological and physical health.

Young people struggle with mental health issues at exceptionally high rates, according to the Substance Abuse and Mental Health Services Administration. A SAMHSA report released in October 2021 found that an estimated 7.9 million U.S. teens ages 12-17 received some form of mental health service in 2020, though this number may likely fall far below the number who sought or needed care. The barriers to teens accessing mental health services are similar to those of adults, but the stakes of not receiving that care are even more dire: Teens and young adults have the highest suicide rates of all age groups.

Mental health care can include specialized services such as inpatient or outpatient visits with a private therapist or psychologist in a mental health clinic, hospital program, or residential treatment center. Nonspecialized services include school counselors or psychiatrists, school programs for kids with behavioral problems, pediatricians, juvenile detention centers or jails, and child welfare or foster care services. In 2020, 17% of teens received specialized mental health services, and 18% received assistance from a nonspecialized source, according to SAMHSA.

Charlie Health analyzed survey data from the 2020 National Survey on Drug Use and Health and  SAMHSA to identify which teens received mental health services across the U.S. Survey data were collected via a mix of phone and in-person interviews, as well as online surveys.

The coordinated sample design is state-based with an independent, multistage area probability sample within each state and the District of Columbia. SAMHSA collects data about gender and sex based on the binary classifications "male" and "female," which excludes essential information about the mental health experiences of those who do not identify with those categories.

In this analysis, supplemental data for the mental health of LGBTQ+ teens are from a 2022 survey by The Trevor Project comparable to national probabilistic surveys like those used by the Centers for Disease Control and Prevention in its Youth Risk Behavior Surveillance System.

Read on to learn more about which teens are—and aren't—able to access mental health treatment and what barriers stand in their way. 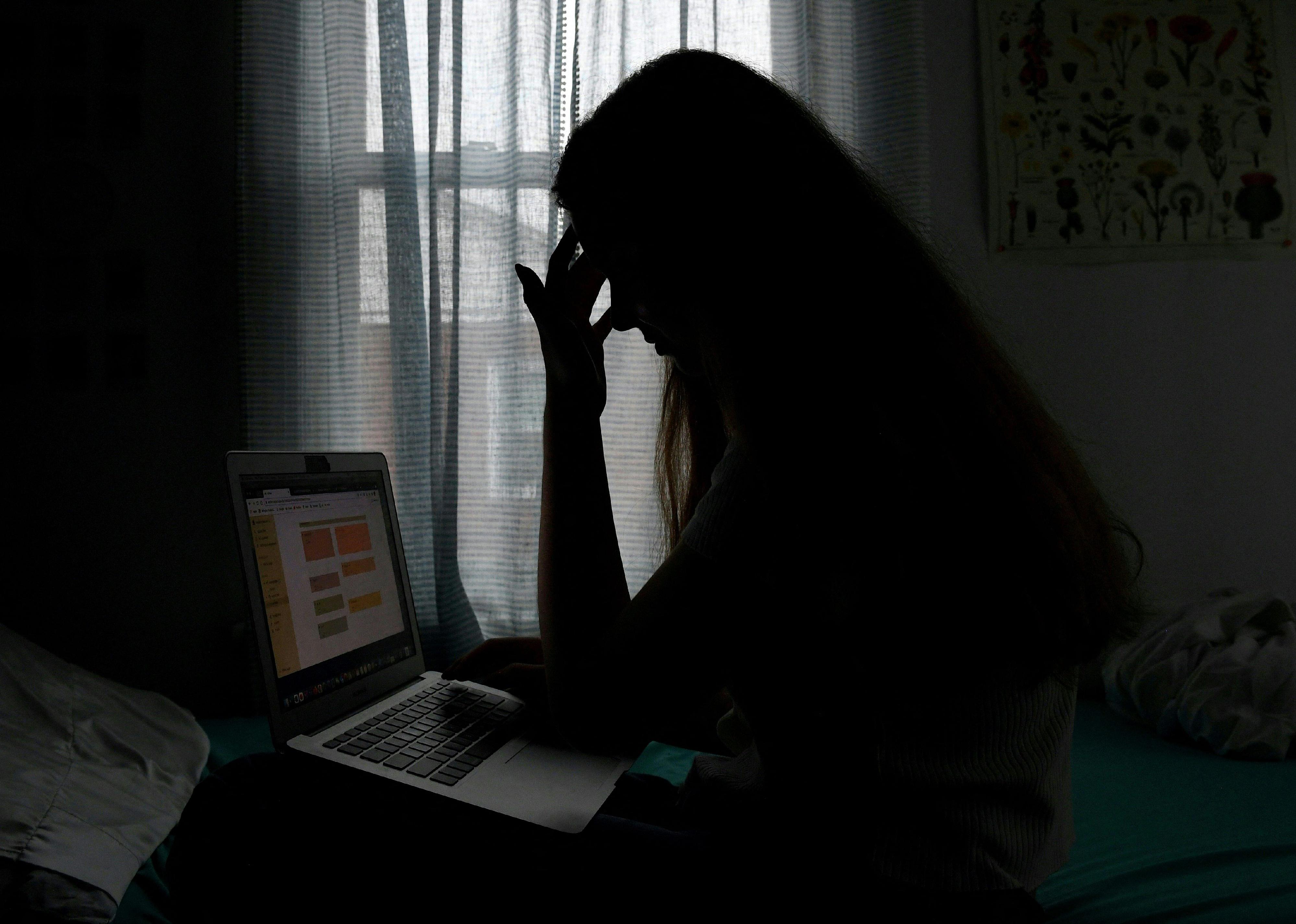 Mental health problems amongst teens have been on the rise for over a decade, according to CDC data. Between 2009 and 2019, persistent feelings of hopelessness and sadness amongst high schoolers increased by 40%, and suicide death rates for people ages 10-24 increased by around 47% on average from 2000 to 2018, according to a September 2020 CDC report.

Teens have cited academic and social pressures and cultural expectations around appearance as some of their top concerns, likely contributing to soaring rates of depression and anxiety. The COVID-19 pandemic also presented adolescents with unprecedented challenges, including a lack of socialization, less structured days, and a disturbing increase in emotional abuse from parents or guardians. Being unable to attend school was particularly impactful for those who were already in vulnerable circumstances, like unsafe home conditions or poverty.

One change in access to mental health services brought on by the pandemic was the rise of online therapy and other telehealth treatments. Though teletherapy existed prior to the pandemic, it exploded in popularity as lockdowns began and social distancing became vital.

In June 2020, roughly three-quarters of mental health providers practiced exclusively online. Now ubiquitous, online therapy has the potential to make mental health services more accessible for those who live in isolated geographic areas, have limited access to transportation, or have less flexibility in their schedules. 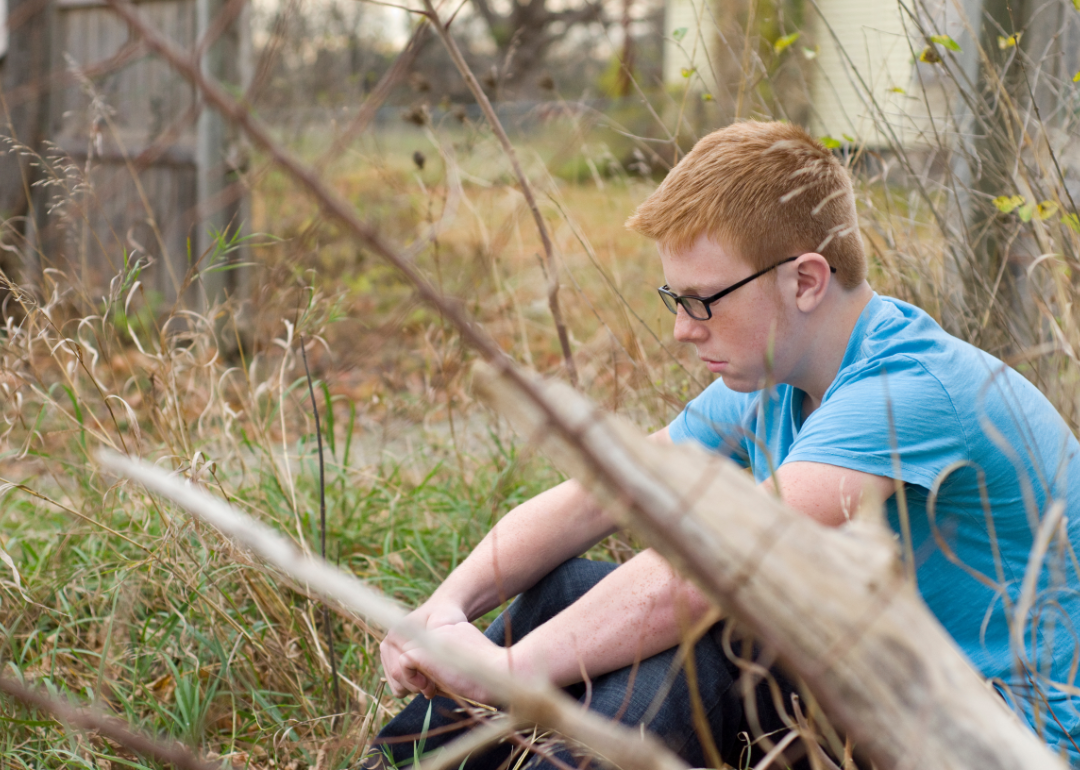 The link between poverty and poor mental health is cyclical, particularly in regard to accessing mental health services. Both young people and adults living in low-income households are at greater risk for mental health issues for reasons including deprivation conditions, increased risk of poor health, and social stigma and discrimination.

At the same time, accessing adequate mental health services as a low-income teen is more difficult than it is for other groups—in fact, teens living in poverty are the least likely to get mental health treatment. A variety of barriers block low-income young people from receiving care: high treatment costs, poor insurance coverage, limited provider availability, and not knowing what, if any, resources are available. 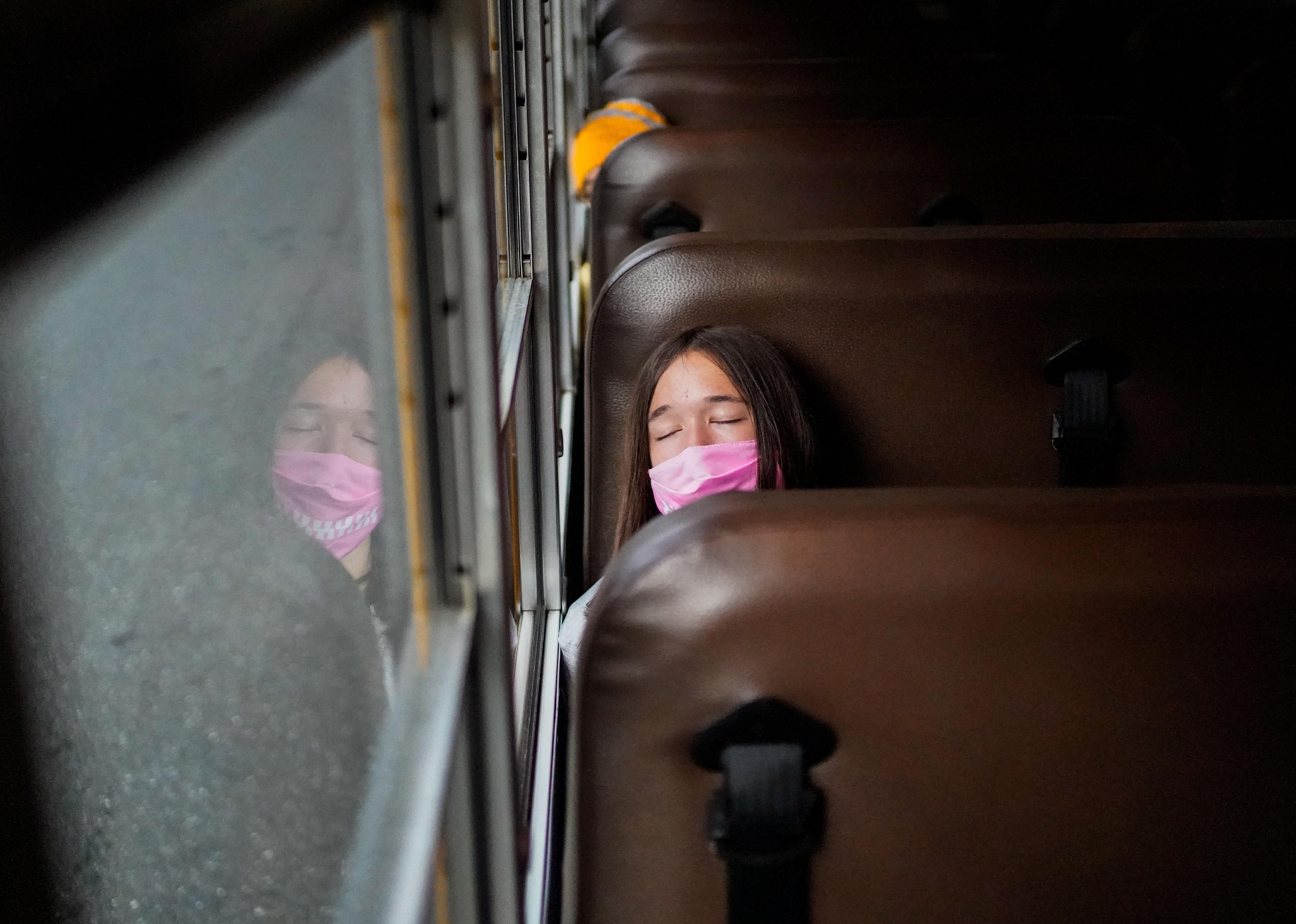 Around 17% of young people in large metro areas received mental health care in 2020, compared with 18% in small cities and 16% in nonmetro areas. However, there was a disparity between teens in entirely rural areas and those in urban areas. In 2019, only 13.6% of rural young people received specialized mental health services, compared to 16.8% in large metros. (For entirely rural areas, 2020 data was not offered due to low precision that was likely a result of the COVID-19 pandemic and its related social distancing restrictions.)

The access gap in mental health treatment between rural and urban areas has been well documented—so much so that some researchers have put out calls to action to remedy the disparity. A couple of causes of the gap range are fewer providers in rural areas and fewer resources among those seeking care. Teens in rural areas are particularly vulnerable to this limited access since many mental health providers who specialize in working with young people are more concentrated in urban areas. 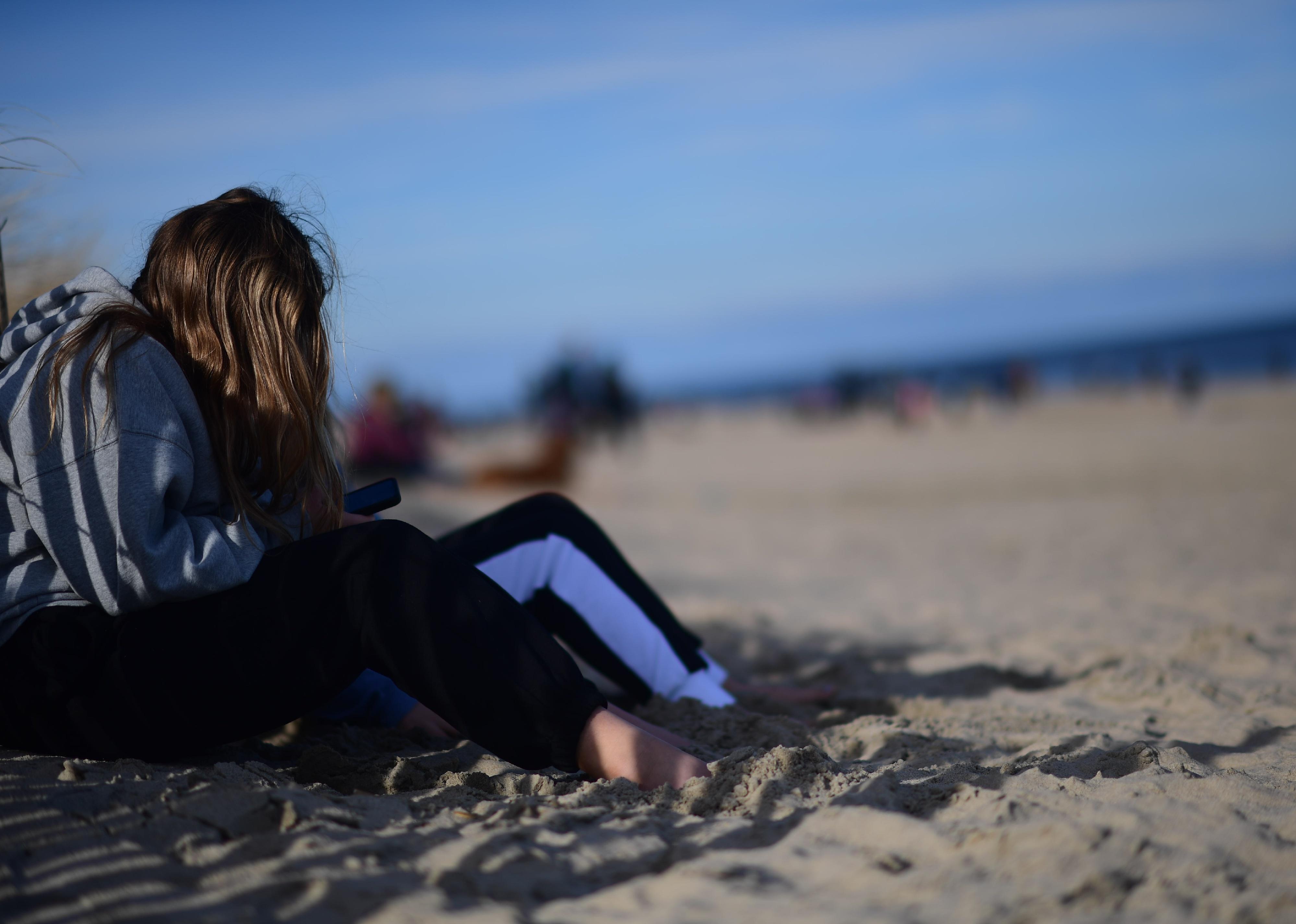 The gender gap in teen mental illness has been observed globally, with adolescent girls reporting greater rates of mental health issues than boys in most countries. While the size of the gender gap varies significantly between nations, studies have shown that wealthier Western countries have poorer mental health outcomes and a larger gender gap than low- and middle-income nations. In the U.S., 65% of teens who received mental health care were female, while only 35% were male.

While explanations for the gender gap are generally inconclusive, researchers have hypothesized that it could be partially explained by adolescent girls experiencing disproportionately higher rates of sexual violence compared to boys. Sexual violence and trauma are factors that significantly impact psychological health and wellness.

Some studies caution against taking higher reported rates of mental health issues amongst teenage girls at face value, however. A 2022 study published in Child and Adolescent Psychiatry and Mental Health found teen boys often underreport symptoms of mental illness or act out behaviorally rather than internalizing their feelings. The report points to masculine-gendered socialization being frequently at odds with internal emotional reflection. This finding also suggests that more adolescent girls receive mental health treatment and diagnoses than boys. Many barriers prevent nonwhite teens from accessing mental health treatment. Interwoven systemic issues like racism and poverty negatively influence the mental health of young people (and adults), increasing their likelihood of experiencing violence, discrimination, and trauma. At the same time, these systemic problems make it more difficult for young people to access treatment services for reasons including affordability and availability of care.

These are not the only obstacles Black, Latino, Asian, and Indigenous youth face when trying to access mental health care, however. A Journal of Clinical Child & Adolescent Psychology study found that minority teens are less likely to receive evidence-based, culturally competent care.

Both general and specialized mental health services and resources have not historically been distributed equitably, creating disparities that disproportionately impact communities of color. Meanwhile, white youth have significantly higher access rates to these resources. Mistrust of medical institutions, cultural stigma (which tends to affect Asians more deeply compared to other communities), and other negative attitudes toward mental health treatment can also impact young people's access to services.

Of the 82% of LGBTQ+ youth who wanted mental health care in the past year, more than half were unable to get it

This story originally appeared on Charlie Health and was produced and distributed in partnership with Stacker Studio.