Foreclosures are rising with the end of COVID-era moratoriums. Here's where they're happening the most

Stacker examined foreclosure filing activity compiled by ATTOM Data for July 2022, the latest month for which the data was available. 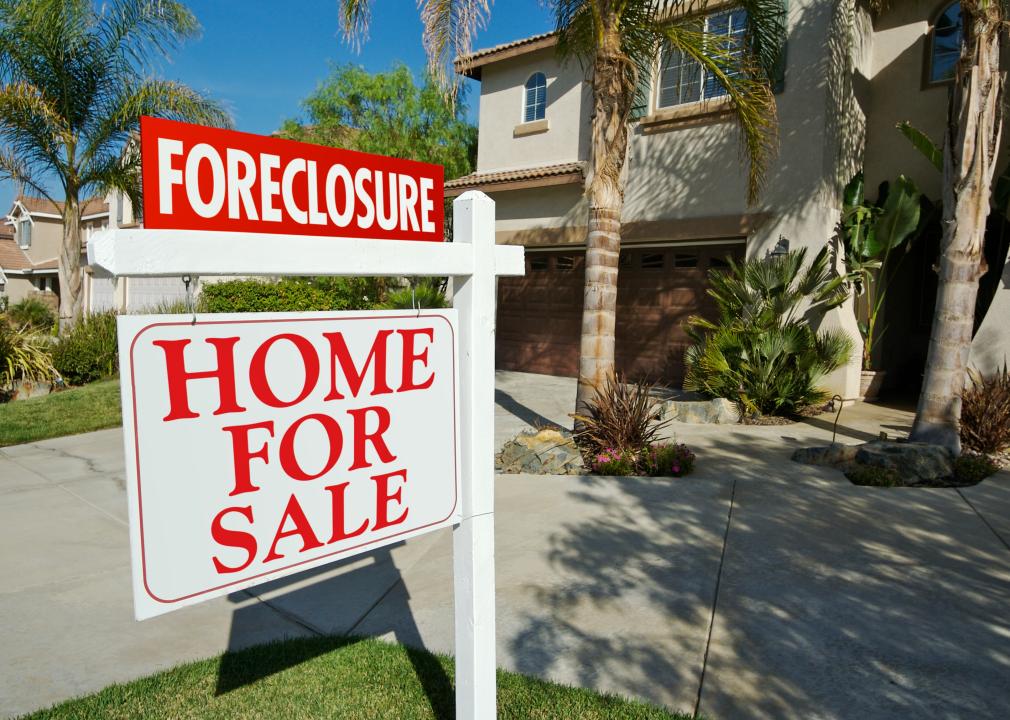 In the past couple of years, foreclosures in the U.S. hit record lows largely due to Covid-19 relief efforts provided to families. Foreclosure is the process by which a bank or lender seizes a home after the homeowner fails to keep up with mortgage payments.

In 2022, foreclosure activity spiked: in the first six months of the year, 117,383 properties began the foreclosure process. California and Illinois, two states that have seen significant outbound migration during and after the pandemic, were among states with the highest number of foreclosures. Overall, foreclosure rates on homes across the country were up 143% in July, compared to the same month in 2021.

At the beginning of the pandemic, foreclosure moratoriums—which prevented lenders from foreclosing on homes due to missed payments—were implemented to protect homeowners who were going through financial hardship. As these measures expired during the fall of 2021, foreclosures began to rise. So far this year, there have been nearly 165,000 foreclosure filings, according to real estate data firm ATTOM Data, which is close to where filings were pre-COVID.

Stacker looked at the Metropolitan Statistical Area (MSA) data for July 2022 from ATTOM Data. The ATTOM Data report focused on metro areas with populations over 250,000. The foreclosure rate was calculated by dividing the total number of households in each metro area by the number of foreclosures filed.

You may also like: Iconic buildings from every state 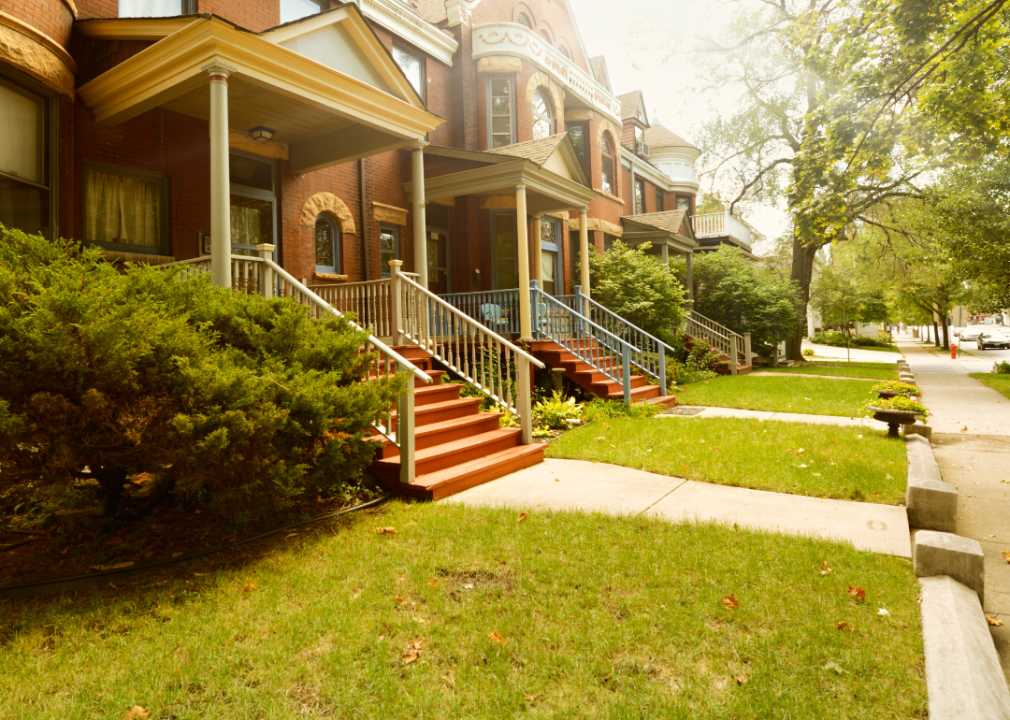 As of July, Chicago has among the worst foreclosure rates for cities with more than one million residents. 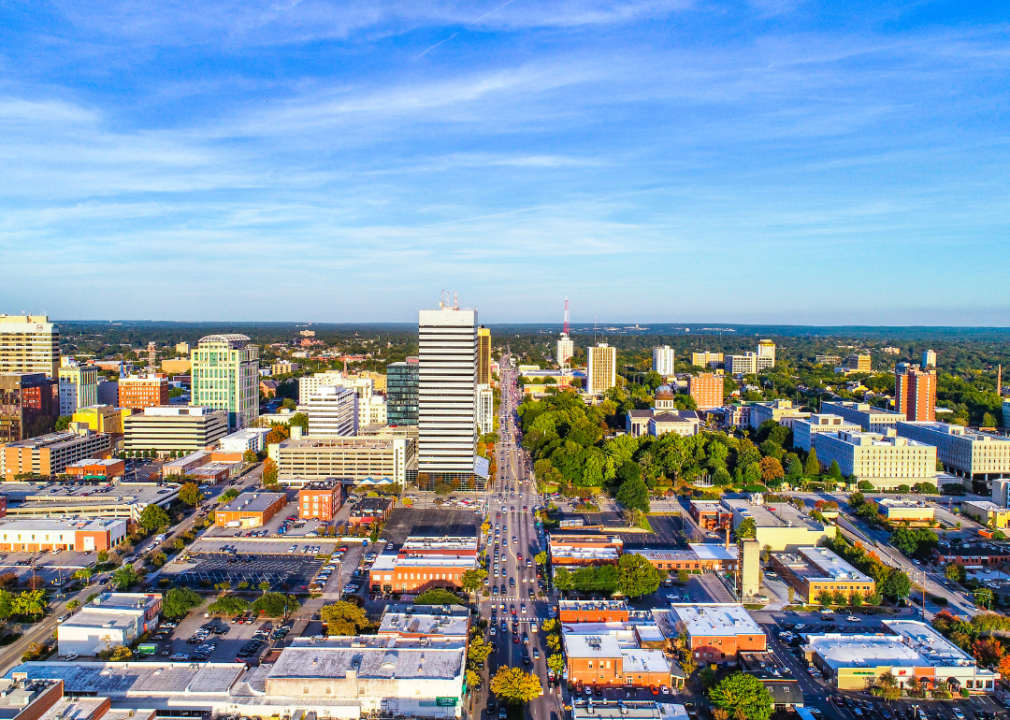 In Columbia, one out of 1,921 housing units is in foreclosure. This is happening despite the drop in area unemployment which was down to 3.2% in June 2022. Columbia's foreclosure rate remains one of the highest in the country. 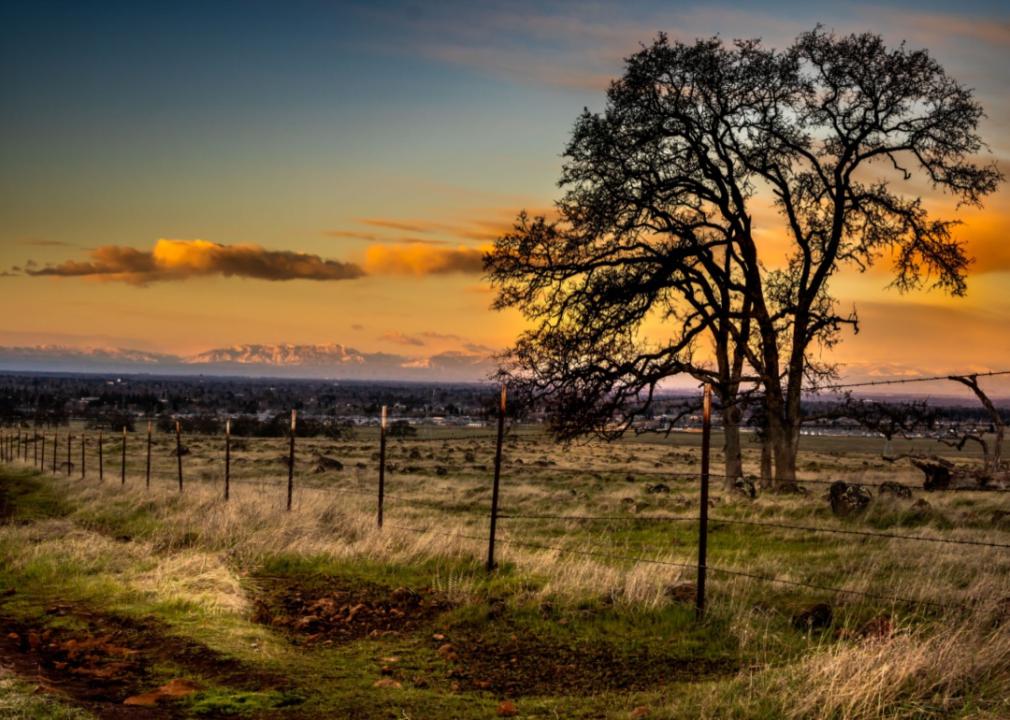 Higher mortgage rates and rampant inflation have caused some Chico would-be homebuyers to rethink whether they want to make the hefty purchase. As of July 2022, 15% of consumers canceled plans to purchase a home in the area. Even so, Chico's housing market is still competitive, with home prices up by 4.4% compared to 2021. 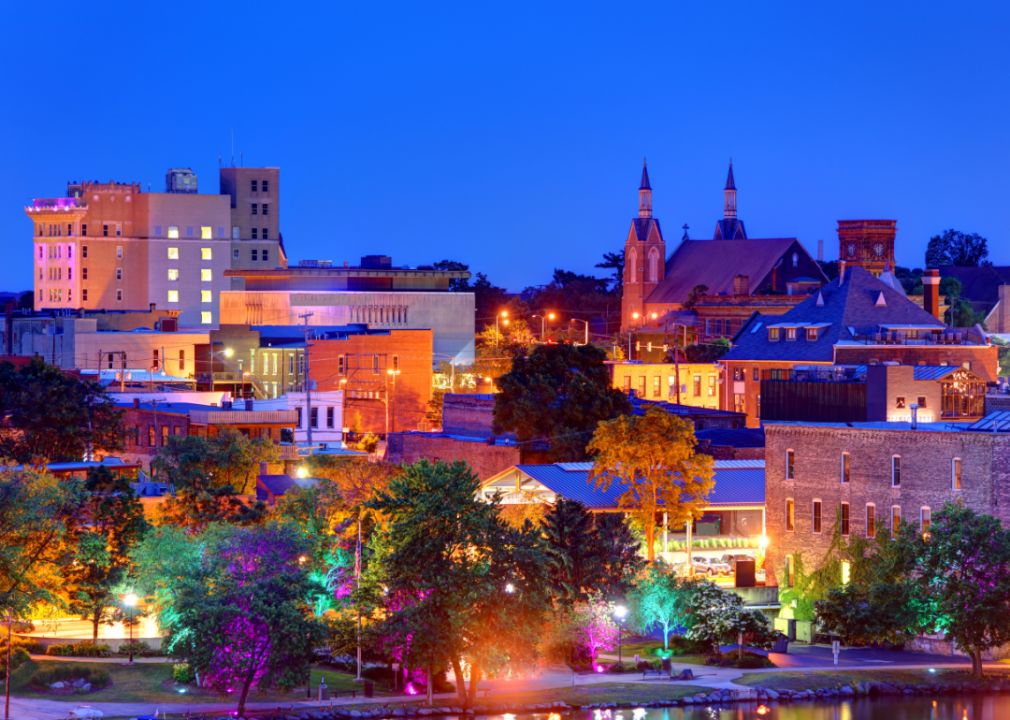 In recent months, Rockford has seen low housing inventory and rising mortgage rates reduce the number of home sales. Homes in the Rockford area have been affected by foreclosures, with 381 housing units in foreclosure during the first half of 2022. This places Illinois' Winnebago County among the highest foreclosure rates in the country. 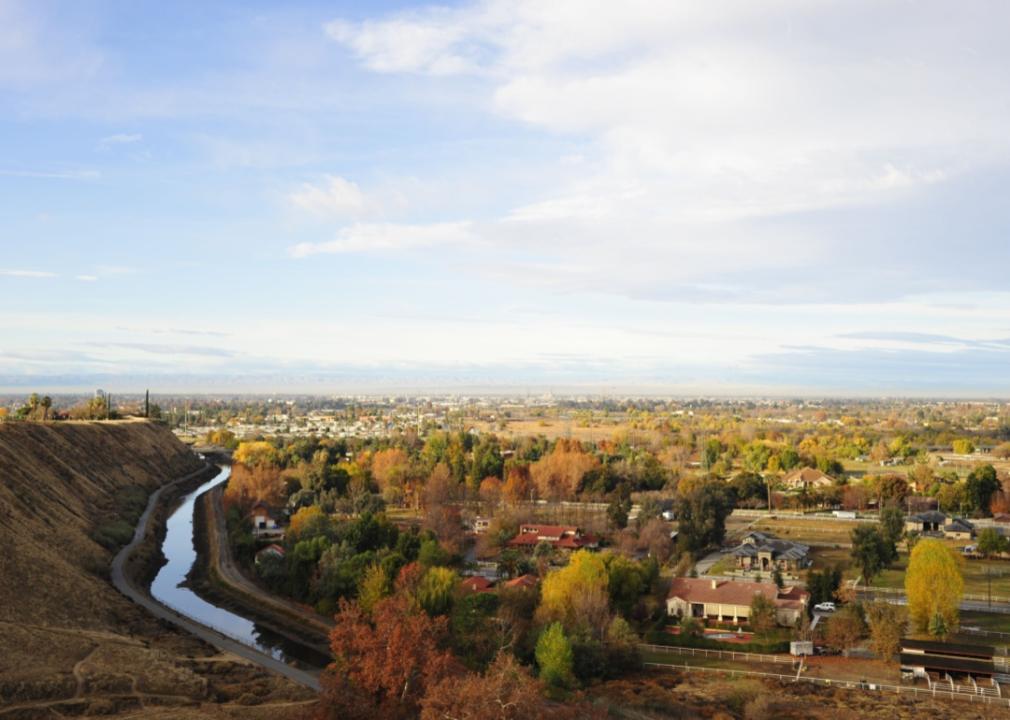 Bakersfield residents have been heavily impacted by rising rents and housing costs. For those who can afford homes, basic amenities in some properties, such as air conditioning and light fixtures, aren't always available.

To help combat the housing issues, the city plans to take actionable measures using a $3 million grant it received from the state.

You may also like: Best big cities to live in America 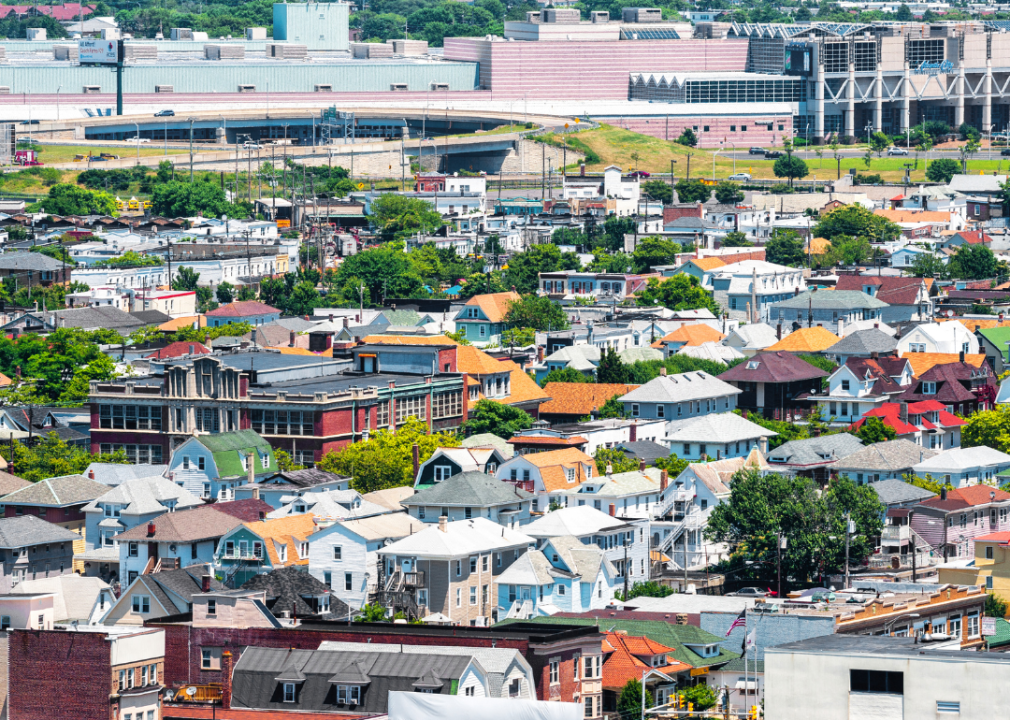 Home prices in Atlantic City were up by 34.2% in June 2022; however, the number of home sales dropped compared to the same period in 2021.

As of April 2022, 7 out of 9 casinos in Atlantic City continue to fall behind in their in-person gambling revenue, which may be a trend for the area's economy. Atlantic City is known for its thriving casinos, boardwalk, and beaches, but this could be a sign that consumers are starting to cut back on gambling and hotel stays that aren't considered necessities. 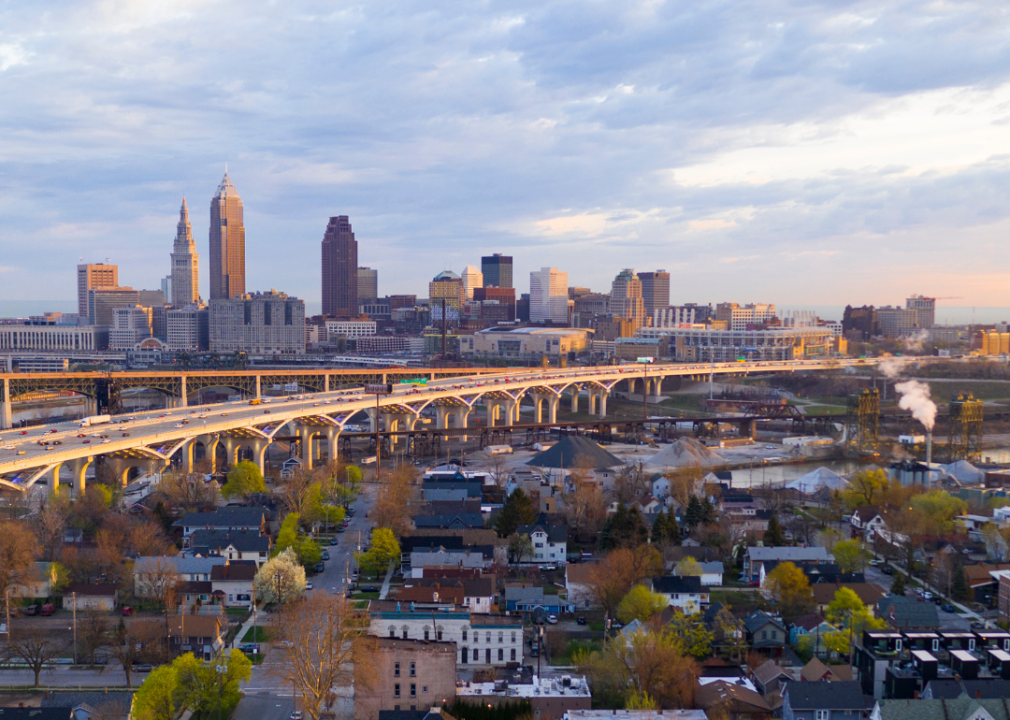 Cleveland has seen an increase in zombie foreclosure rates. The term has been coined for properties abandoned by homeowners who believe —often incorrectly—that they must vacate the property after falling behind on payments and receiving a foreclosure notice. In Cleveland, 1 out of 1,426 homes was vacant and facing foreclosure. 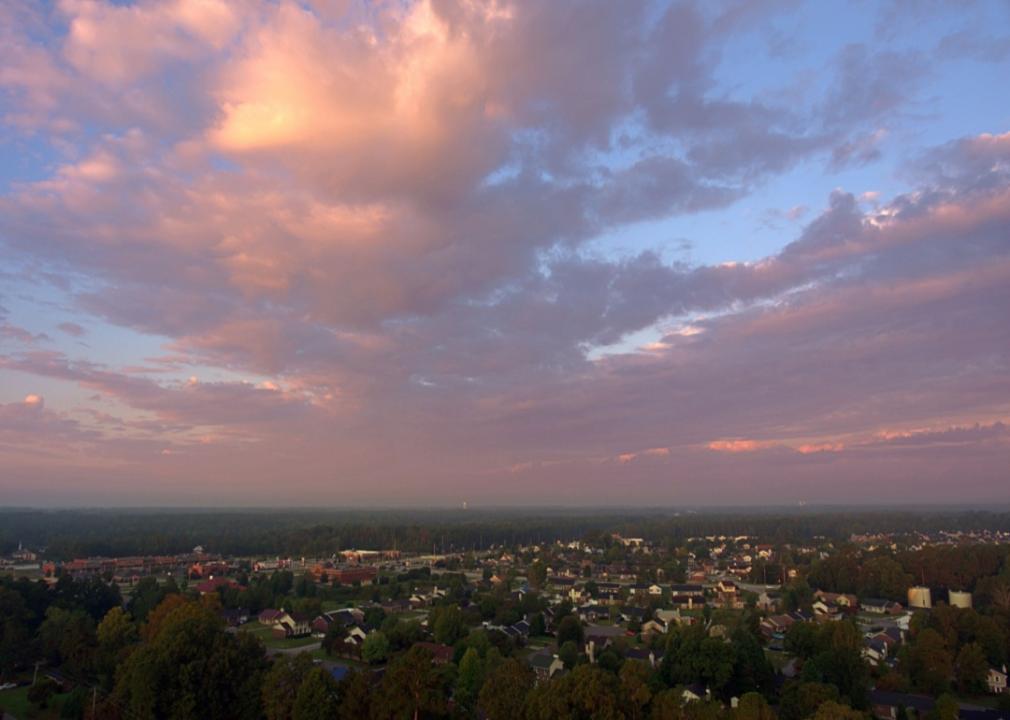 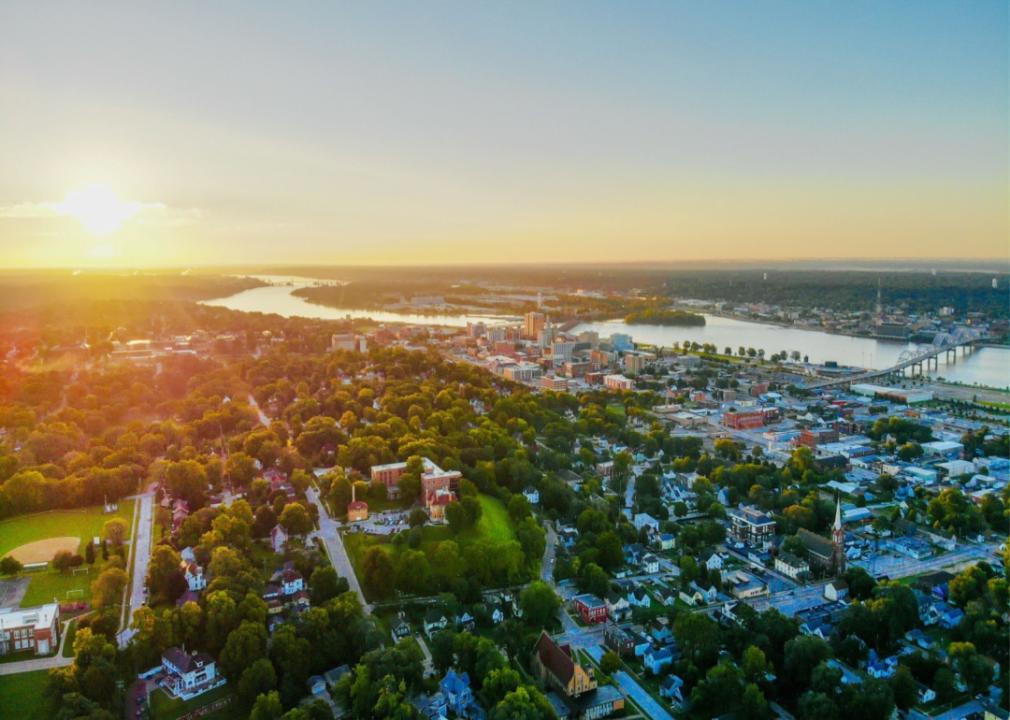 During the first quarter of 2021, Iowa's Harrison County had no foreclosures, but by the fourth quarter, the county had recorded three. Mills County and Dickinson County in Iowa have also seen rising foreclosures. 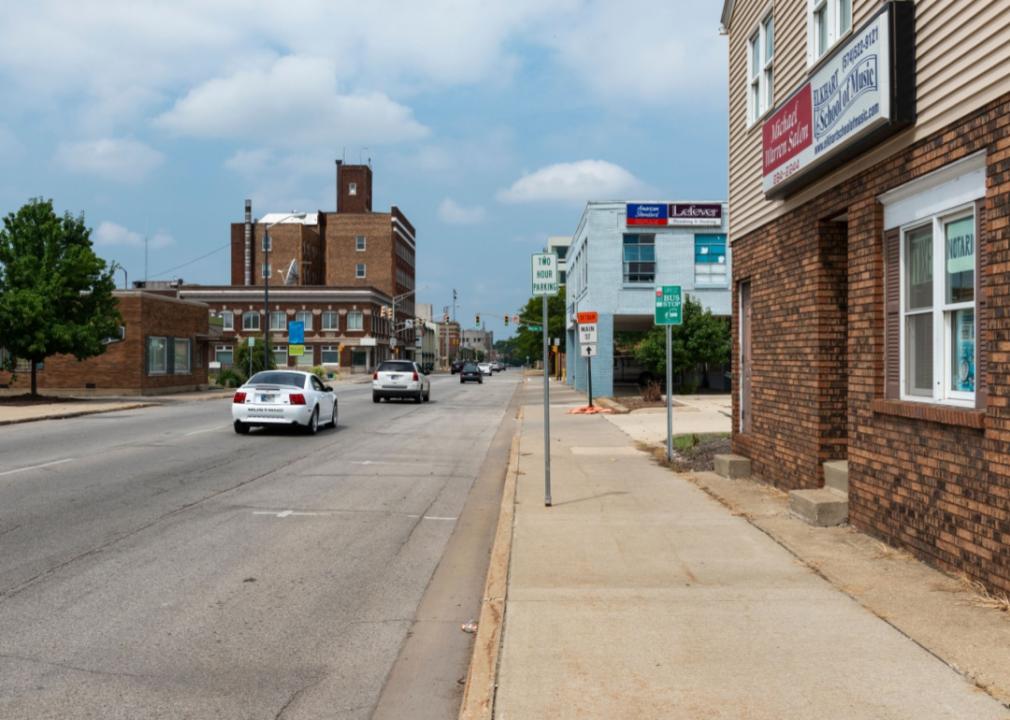 Metro areas with at least 200,000 residents, such as northern Indiana's RV manufacturing hub of Elkhart, had the highest foreclosure rates in July 2022. Despite wage increases in Elkhart, many area employers say there simply aren't enough workers in the area.

You may also like: Can you guess these famous skylines?

The 15 metros most popular among young homeowners

The 10 most affordable Texas metros for first-time homebuyers